Reliance Industries’ e-comm venture JioMart will compete with the likes of Amazon, Grofers, Bigbasket and Flipkart.

Having established itself as one of the major players in the telecom sector, Reliance Industries has now made a move in the e-commerce segment by launching its online grocery delivery service – JioMart – ‘Desh ki Nayi Dukaan’. Powered by Reliance Retail and Reliance Jio, the service has been launched in parts of Maharashtra – Navi Mumbai, Kalyan and Thane and this will be scaled up nationally soon to compete directly with the likes of Amazon, Grofers, Bigbasket and Flipkart.

JioMart is an online-to-offline (O2O) marketplace under which it will source grocery items from nearby merchants, instead of procuring them from a native warehouse. The platform does not sell groceries directly to the customers but instead, connects offline retailers with online buyers. With an assurance to offer over 50,000 grocery products soon, the website claims to offer free home delivery without the restriction of minimum order value and express delivery service as well as a “no questions asked return policy”.

Interestingly, ‘Desh ki Nayi Dukaan’ reminds us of Amazon’s ‘Apni Dukaan’ campaign with which the brand attempted to connect with customers in the remotest parts of the country.

Considering Reliance Jio’s cost undercutting game in the telecom sector, we wonder if the players in the e-comm segment should worry about JioMart disrupting the discount game in this category.

India’s e-commerce sector has grown on the back of aggressively promoted deals by the two leading incumbents, Amazon and Flipkart as well as other e-commerce companies. So JioMart’s target consumer is already primed by them.

However, discount as a one-point strategy is not a strategy. Discounting is one of the easiest ways to acquire the attention of a value-seeking consumer – dropping prices or offering special discounts or deals is a quick way to break through the customer’s mental barriers and existing transactional relationships, because price is one of the easiest comparisons to make.

The question isn’t whether Reliance can or will throw enough capital into the game to out-discount the market leaders. A consistently loss-making business isn’t a business, but a charity! Once a certain amount of market momentum and share is built, companies find ways to build up prices and margin, and Reliance will do that over time. The critical factor is for the customers to feel that they are getting good value for the money they are paying. I don’t think Reliance’s retail strategy, offline or online, is to be seen as the lowest priced provider.

Well, they will attempt to beat competitors on price. Indian consumers are extremely price conscious and for any new player, being price competitive would be an important part of the strategy. Having said that, we must also recognise that Jio does not have as much experience or success in consumer facing businesses as the companies it is going to be competing with in the e-commerce space.

I think the Amazons and Flipkarts of the world have a much longer history in consumer-facing businesses. So they will certainly pose major challenges when it comes to consumer satisfaction. While price continues to be an important factor, the ease with which you can shop at an e-commerce platform, the efficiency, the options, ease of return and replacement, are equally relevant in the e-commerce space. While there is no doubt that Jio has as much a chance of competing and succeeding in price, how easy it will be for it to compete on delivering overall consumer satisfaction, only time will tell.

Clearly, this will be a brief disruption because Jio is known to be extremely focused on market share and will be willing to spend a lot of money, if required. The Jio database that they already have, in terms of their telecom business, will be a big advantage. They have been testing this for a long time, we are aware of that. The key challenges here would be how the mom-and-pop shops come to the platform in terms of numbers because they will be varying in terms of tax compliance. 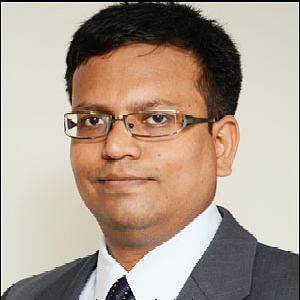 Currently, mom and pop shops are losing market share with the rise of modern trade. For them, this is imperative as they will be able to better compete with the online e-commerce platforms.

It is good for the consumer and FMCG companies because the discounts and the offers will be taken care of by the platform and not the brands. The more the number of players in the segment, the better it gets. The volume growth of these brands will definitely see the impact of better promotion, increased visibility and competition in the space.