Chaayos and Chai Monk are selling more than 3.5 lakh cups every day between them. Still, it isn’t an easy market to crack.

The moment a customer places an order at a Chaayos outlet, an IoT-enabled brewer starts preparing chai that can be made to order in 80,000 different ways.

Called Chai Monk, the robot has reduced the time taken to make a cup by nearly a third to 2.25 minutes, Nitin Saluja, co-founder of the tea café chain, told BloombergQuint. “This not only helps maintain a consistent taste of the tea consistent, but also reduces waste and manpower.”

Reducing costs is crucial for the company as it competes in a nation of tea drinkers where for most people, chai outside home means sipping a milky and spiced black tea concoction at a roadside shop. Along with Chai Point, Chaayos has been trying to create a culture of tea cafes.

The bet was the size of tea market in India. According to the National Sample Survey Office data, Indians drink 17 cups of tea for every single cup of coffee. Tea Board’s data show nearly 80 percent of 1.35 billion kilograms of tea produced in India is consumed locally. And the tea retail, according to Euromonitor International, stands at Rs 18,000 crore, nearly 2.5 times that for coffee. 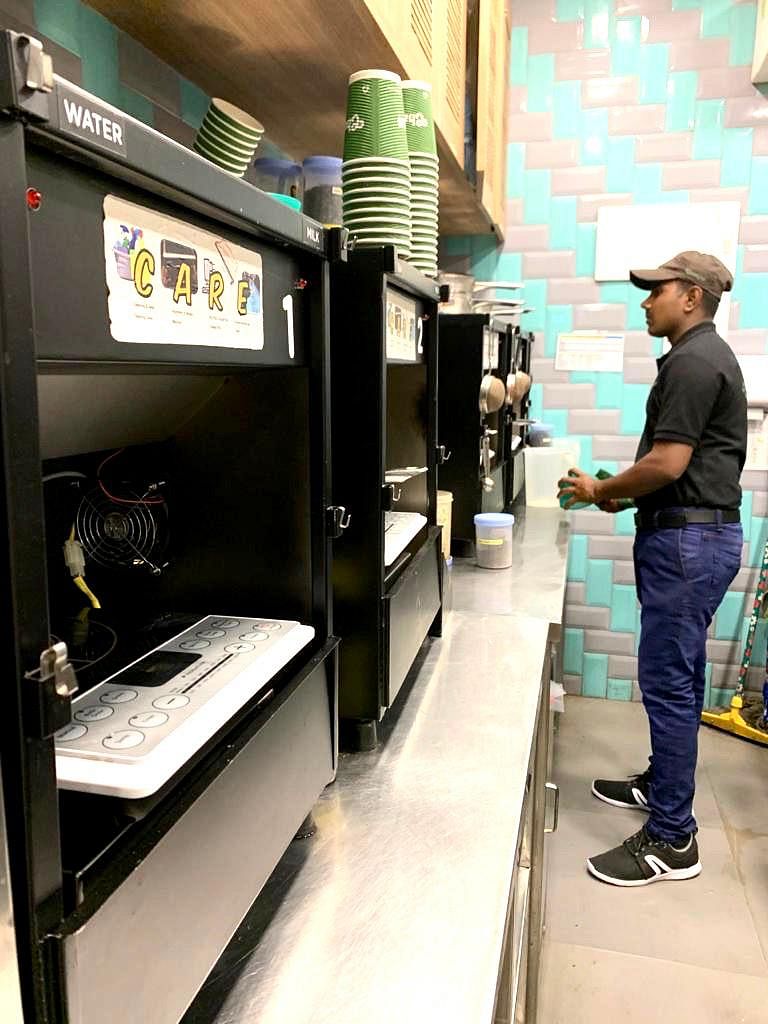 That’s only one part of the problem. Profitability is difficult even after scaling up as the fortunes of established coffee chains Café Coffee Day, Costa Coffee and Barista show.

The store count of Coffee Day Enterprises Ltd.’s Coffee Day, India’s largest café chain, fell by nearly a fourth over the previous year to 1,469 in the quarter ended September, with same-store sales declining nearly 4 percent. While the company’s debt burden led to the tragic suicide of the founder, profitability at the store level has remained elusive.

When CCDs and Baristas started, they were pushed as places of social gathering, according Arvind Singhal, managing director at the retail consultant Technopak Advisors. “The amount people spend (there) isn’t enough to be profitable,” he said. “There’s a reason food accounts for 50 percent of the revenue of cafes, which shows that there’s nothing like a coffee culture or tea culture here.”

How The Beverages Stack Up

That hasn’t deterred investors and entrepreneurs. The initial success of tea cafes has helped birth more than a dozen tea startups. Even salt-to-software conglomerate Tata Group launched Tata-Cha, a café-styled outlets that also deliver tea, in 2018—it’s second attempt at the format. And investors have ploughed nearly $150 million in them so far, according to data shared by Tracxn and BloombergQuint’s calculations.

Chaayos and Chai Point say they’re on their path to breaking even. Both, however, have taken a different strategy. 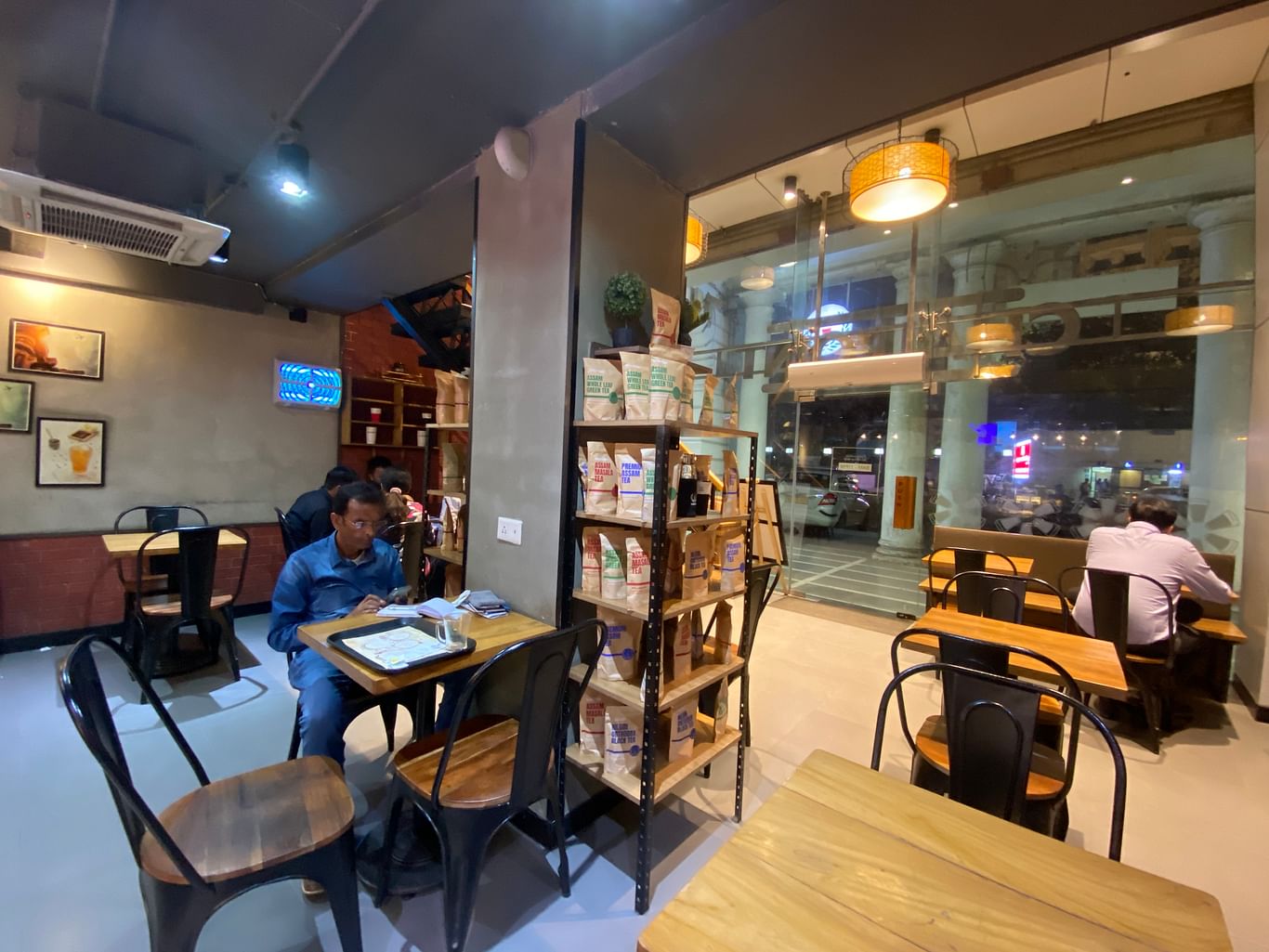 For Chai Point, average bill ranges between Rs 150 and Rs 200, rising annually 15-18 percent, according to Amuleek Singh Bijral, who co-founded the company in 2010. Outside the outlets, it has created a delivery-oriented demand. “Opening huge stores cannot be the only strategy.”

Chai Point tied up with nearly 2,000 companies to introduce BoxC.in, an Android-based IoT-enabled automatic tea and filter coffee dispenser. This is one of the company’s fastest-growing arms in less than three years, raking in more than a third of its revenue.

Bijral said 40 percent of their revenue comes from in-store sales, and the remaining from delivery. But that doesn’t mean it’s not scaling up. The company intends to add 70 stores to its count of 175 in 2020-21. The company is experiment with smaller store formats

And it’s looking at food for increasing revenue. Chai Point plans to become an all-day breakfast brand and is working on offering a croissant burger and egg parantha, apart from a menu that already offers poha, upma, samosa and sandwiches. While the company said that its foods segment contributes 18 percent to overall revenue, in-stores sales account for 35 percent.

Chai Point’s average monthly store sales stands at Rs 9-10 lakh, with average same-store sales growing 15-20 percent, according to Bijral. “Average sales per square foot is Rs 24,000-25,000,” he said. “These are all signs that shows business is here to stay.”

“Money to be made is real and devil is in the execution,” Bijral said, adding that the company is on track to report full-year operating profit in FY21. 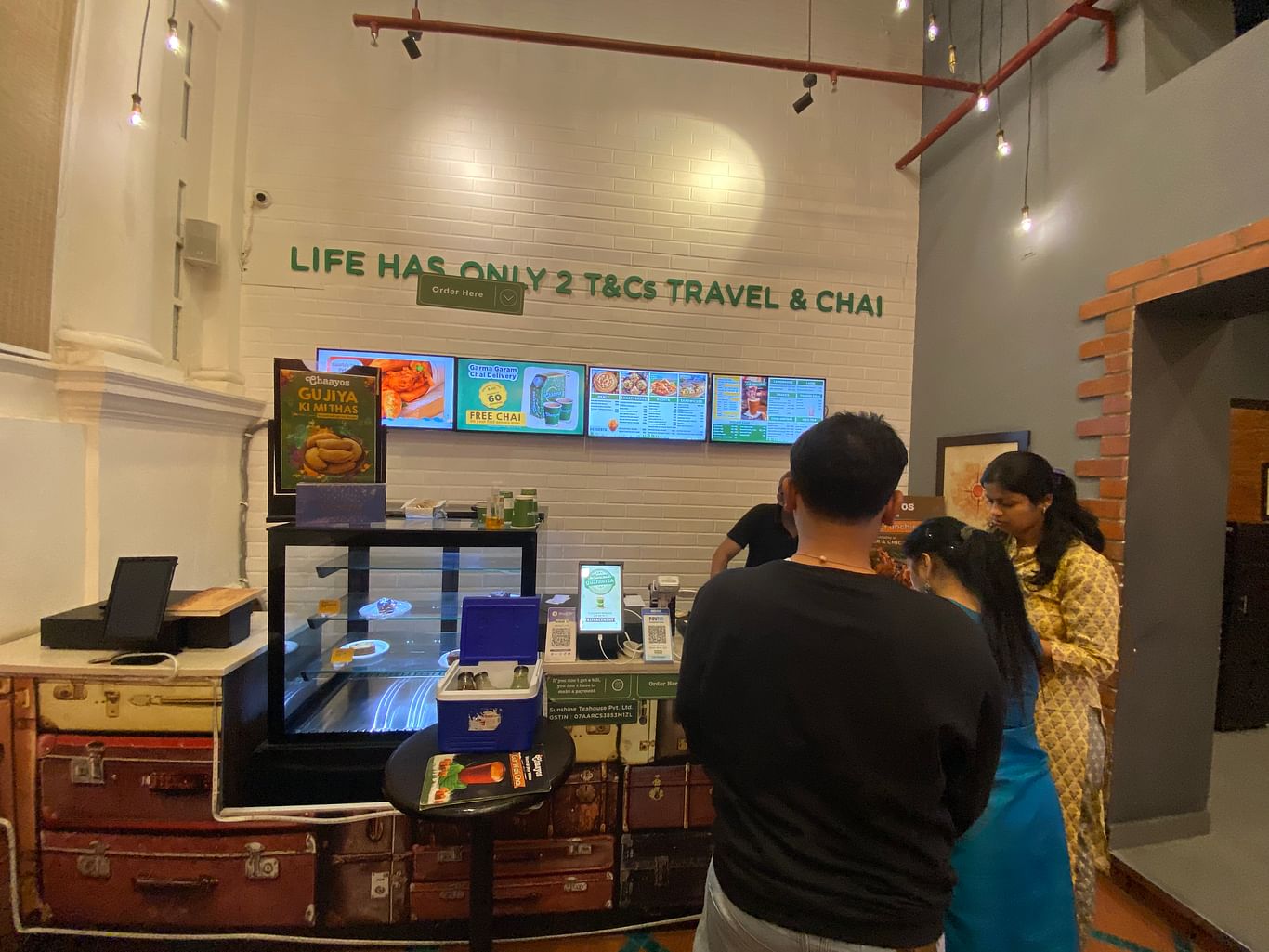 Chaayos is betting the neo-café model, like Luckin Coffee of China—a unicorn that focuses on fast delivery, technology-driven retail and convenience.

Besides the automated brewer, it also gives users the option to use facial recognition to speed up ordering time. But the move has drawn flak over privacy concerns. Still, Saluja said, technology and data is helping the firm manage its inventory and reduce wastage to about 1.5 percent of sales from 4 percent.

The startup is also betting on food which Saluja said is prepared fresh at its 81 outlets. Customers have reposed confidence, he said, citing number. About 96 percent of transactions on the platform have a validated number, according to Saluja, and a repeat customer comes to Chaayos 3.8 times a month.

The average purchase ticket size of Rs 250 and while that may be less than CCD’s Rs 320 or Starbucks’s Rs 550, but the repeat is much higher, he said.

Unlike coffee, tea isn’t a socially driven business, he said, citing that Chaayos clocks a fifth of its day’s sales by 11 a.m. “No one comes for social interaction early in the morning, people are coming because we’re able to replace the ‘Tapriwala’ (roadside vendor) or home tea.”

Chaayos is profitable at the store level, Saluja said, without sharing numbers. The same-store sales grew by nearly a fourth last year, he said. The tea startup aims to reach a store count of 100 by the end of fiscal and aims to open 300-400 in three to four years.

Saluja, summed up the opportunity saying that his outlets may not be the first choice for a meeting or a date. “But we’re going to be the second place where you’re comfortable and are going to come more often than once.”

Still, Devangshu Dutta, chief executive officer of retail and consumer consultancy Third Eyesight, isn’t that optimistic. “The business looks very profitable from outside because cost of goods is very small, but the other aspects are killing it, like real estate,” he told BloombergQuint over the phone. The whole vibe of being a hangout place is embedded in these formats, and the length of time is not in proportion with what people are buying, he said.