Written By Nabeel A Khan

India’s super-luxury car (priced above INR 2 crore) sales have apparently been on a growth trajectory for the past few years. The niche segment grew more than three fold from about 150 cars in 2018 to about 500 cars in 2020. But the overall volume of the segment remains too low to be significant. Though India is one of the countries having the highest number of millionaires in the world, it doesn’t figure among the top 25 markets for such cars in the world.

New Delhi: In the number of billionaires India is placed third in the world. It has over 7.3 lakh millionaires also. In the global ranking of high net worth individuals India is thirteenth. But this opulence is not reflected in the market for the super-luxury items as a whole and luxury cars (priced around INR 2 crore) in particular. The luxury car market in India has apparently been growing year on year. But the sales volumes are so low that India is not among the top 25 markets for such cars globally. 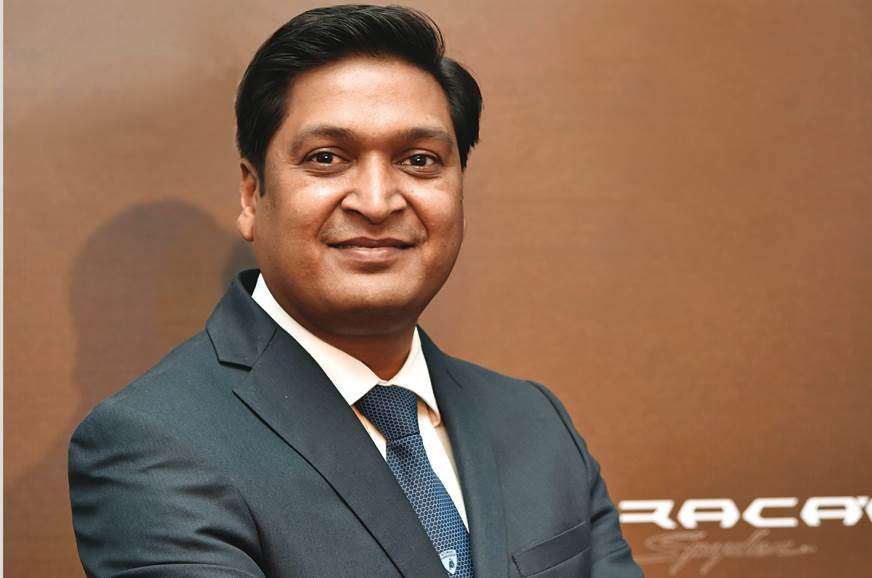 However, India is the world’s fourth-largest passenger car and the largest two-wheeler market. But the market for the super-luxury cars is abysmally low at around 500 units a year.

According to Lamborghini India head

Sharad Agarwal, the segment, despite all the growth in the past few years, had a peak volume of 265 units in CY 2019 which further sank by 30% in CY 2020. For Lamborghini, the peak annual sales volume remained at 52 cars in 2019, which is not even 1% of its global volumes, and declined still further in 2020. 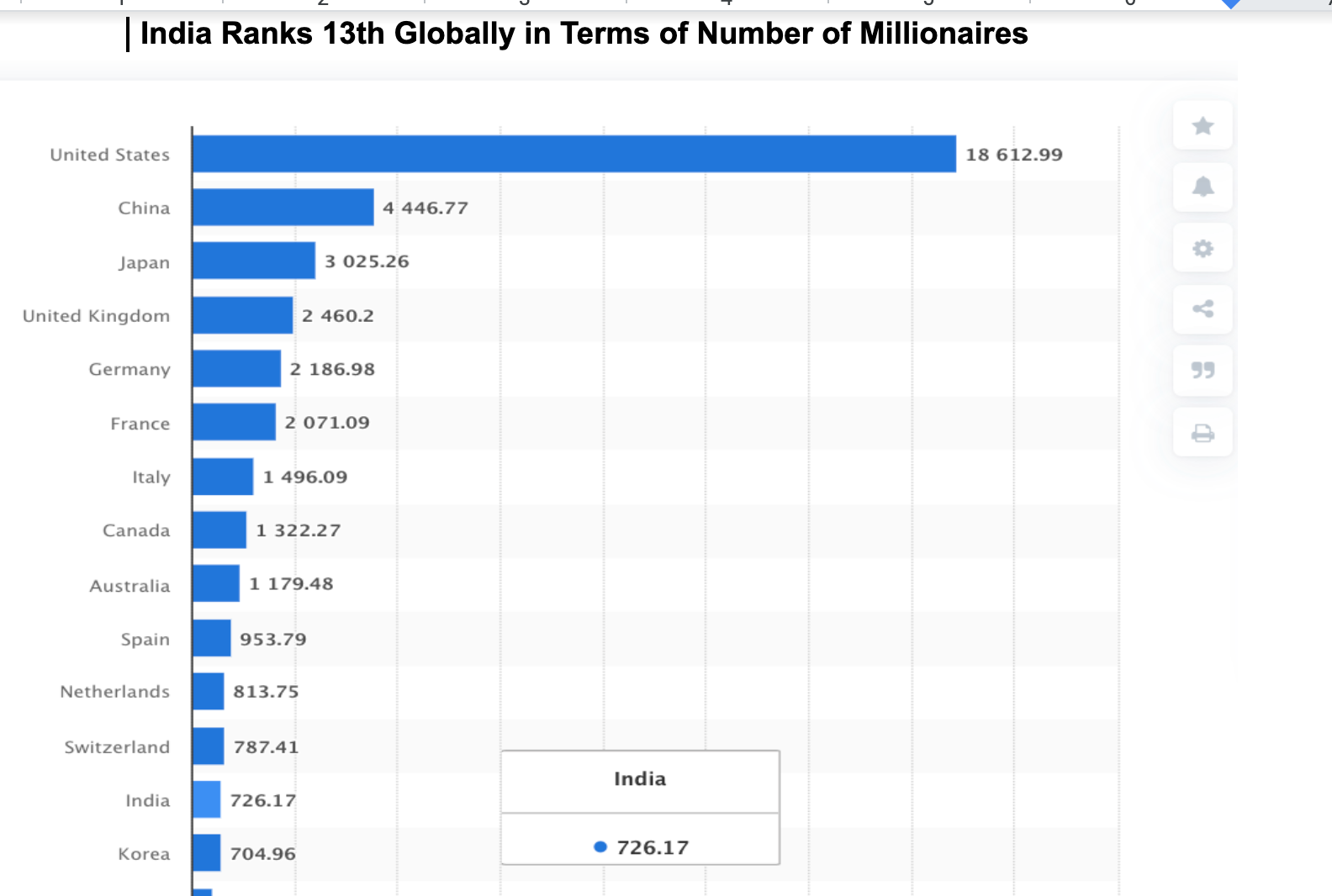 Experts say that the performance of other super-luxury products also does not resonate with the number of the ultra-rich citizens in the country. The one big reason for this anomaly is that most of them prefer shopping overseas, especially in Europe, Dubai, and the US~

Experts say that the performance of other super-luxury products also does not resonate with the number of the ultra-rich citizens in the country. The one big reason for this anomaly is that most of them prefer shopping overseas, especially in Europe, Dubai, and the US. The trend has been mainly triggered by the late arrival and limited options of the products and brand assurance on the quality.

“The consumption and demand for super-luxury goods are not only based on the number of millionaires or billionaires, but also on the spread and volume of the super-rich, the highest being in Europe, the US, and China,” says Devangshu Dutta, chief executive at Third Eyesight, a research and consultancy firm.

Lack of adequate infrastructure, inadequate service facilities and high rate of taxes are said to be among the major roadblocks in the proportionate take off of super-luxury goods in India.

“One of the biggest hindrances is the lack of adequate infrastructure or safe roads to experience these luxury supercars in India. We are trying to create such experience events in various parts of the country to make things easy and acceptable,” says Sharad Agarwal.

Some other independent industry analysts suggest that the service, repair, and availability of parts of these super luxury cars are also a pain point.

The biggest challenge, however, is that India has one of the highest tax rates on these super-luxury cars at around 400% on the cost of the vehicle at the time of import. The taxes are the highest as almost none of these super luxury cars are assembled or manufactured in India. They attract about 110% import duty and an additional cost on homologation. Most often these manufacturers assert that the tiny volume doesn’t make business sense to invest in local assembly or manufacturing.

“For us, the overall tax is about 430% on the import cost of the vehicles which is one of the highest in the world,” says Sharad Aggarwal.

For example, the Mercedes AMG- C-360 coupe has an estimated import cost of INR 45 lakh and after all taxes, it costs about INR 1.7 crore for the end-buyers in the country. 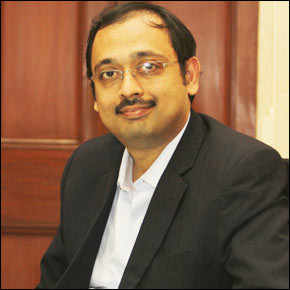 Similarly, for Porsche Panamera, the estimated import cost is about INR 52 lakh to INR 55 lakh but it costs about INR 2 crore to the buyers after all taxes. The price doesn’t include the mandatory insurance cost which is also substantially high.

“With the rationalisation of import duties for such high-end cars, we expect the top-end luxury segment to grow even faster and the industry can widen the current customer base. In order to grow this segment Mercedes-Benz decided to localise the AMG portfolio and has now introduced 3 new models which are available at below the INR 1 crore price bracket. This we expect will further increase the demand for such performance cars in India,” Santosh Iyer, vice president – sales and marketing, Mercedes-Benz India, said. He adds that the segment’s volume surged three-fold from about 150 units in 2019 to about 500 units in 2020.

Even though the volumes are insignificant compared to the world’s leading markets, India has taken a massive leap in the past few years. German luxury carmaker Mercedes Benz claims that it sold over 300 cars and SUVs priced above INR 2 crore which includes AMGs and Dream Cars in 2020. Sales growth in current YTD in the ‘pure AMG’ segment is 3 times more than that in 2020.

An interesting trend is that more and more customers in the 40-45 age groups are opting for the high-end Mercedes and AMG products. They are mainly super-rich second-generation businessmen, who are well-traveled, luxury dwellers and have experienced these ultra-luxurious cars and products abroad~

Sharad Agarwal of Lamborghini informs that the H1 of the year has already been 20% better than its peak in 2019 and expects to cross 100 unit sales in the country by 2025 from about 52 units.

“Mercedes-Benz Dream Cars and performance segment which comprises ultra-luxurious products like the GLS Maybach, S-Class and high-end AMGs like AMG GT R, is the highest growing segment. It has very good potential because of the high customer interest which is influenced by the novelty factor of the product and also the introduction of luxury and tech innovations in the market,” Santhosh Iyer said.

An interesting trend is that more and more customers who are in the 40-45 age groups are opting for the high-end Mercedes and AMG products. They are mainly the super-rich second-generation businessmen, who are well-traveled, luxury dwellers and have experienced these ultra-luxurious cars and products abroad. 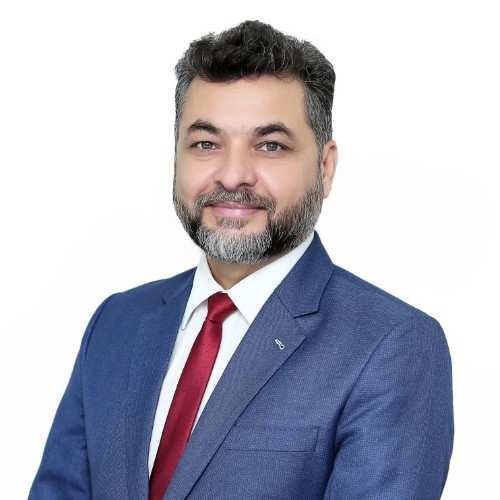 Audi India has a similar optimistic view of the market. About the customer trends, Balbir Singh Dhillon, head of Audi India, said, “There has been a shift in consumer expectations – today, buyers want a degree of personalization in the luxury segment and we, not only offer that but also offer these buyers a host of digitization initiatives that allow them to view and customize their favourite Audi from the comfort of their homes. Along with our dealer partners, we are providing customers a seamless experience.”

Lamborghini has relatively younger customers with most of them falling in the age group of 25-45 and many of them are kids of businessmen and a few of them are new generation entrepreneurs.

Other super-luxury car brands that operate in India in this price category are — Rolls Royce, JLR, Maserati, Aston Martin, and Bentley.

In 2019, Rolls Royce said that it sold 5,152 units, claiming that this was the British car manufacturer’s highest sales in its 116-year history. However, the company retailed only one car last month.

BMW India, another German luxury carmaker, did not respond to or share information sought for earlier stories in the recent past. Therefore, we did not reach out to them to participate in this story. BMW has turned conservative in sharing sales and other information with ETAuto after its volumes declined a few years ago.